Galaxy A8s, another smartphone with a revolutionary camera

11-12-2018, 18:17
On December 10, Samsung introduced its first smartphone with a display of the Infinity-O type to the public; such a display is able to cover the front camera with a desktop image. The company was able to solve the problem with thick frames, applying advanced technology. The display itself is 6.4 inches with a resolution of Full HD + and an aspect ratio of 19.5: 9. The front camera is located in the hole at the top of the screen, the developers have fully taken care of the fact that there is no light on the camera, so they made the hole larger than the camera itself. 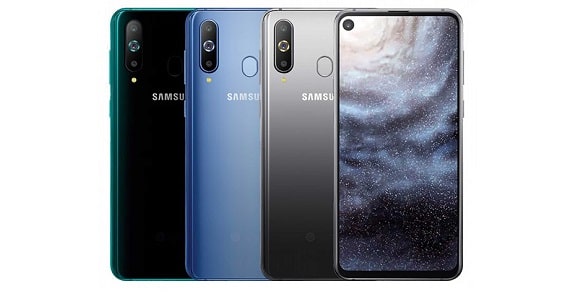 Inside the smartphone is a Snapdragon 710 chip, 8 GB of RAM and 128 GB of internal memory, the battery in the new 3300 mAh capacity. The device works on the OS Android 8.1 Oreo. On the back cover is a triple camera, two main modules of 24 megapixel and 10 megapixel, the third additional 5 megapixel, it is able to increase the viewing angle, capturing more objects. But the price, the sale of the Galaxy A8s, the developers have not announced.
we recommend to see