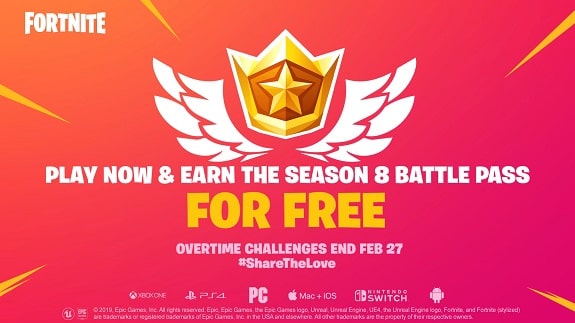 16-02-2019 22:35
The Epic Games team decided to please their fans and give a chance to get a combat pass completely free of charge. Until February 27, everyone can try a chance to get 8 combat pass, for this player needs to pass 13 tests. As soon as the player finishes the last test, he receives 2 equipment at once, the remaining 5 will be available a little later. Epic Games developers strongly recommend not to spend game currency inside, because it's time to cool gifts! Many people associate this generously with the success of the Apex Legends project, because the developers had not carried out such actions before. Obviously, the competition made Epic Games fuss a little.
share your opinion