Added new gestures in the beta version of Android 11 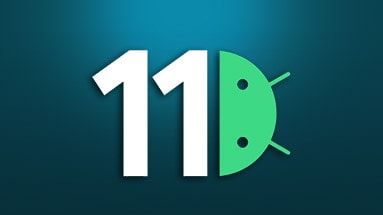 21-03-2020, 21:15
The long-awaited Android 11 firmware will be released very soon, in the meantime, developers are not wasting time, but are adding more and more new features for the updated Android shell. Users have already managed to discover some interesting innovations, for example, the Colombus function, which is responsible for additional actions by double-clicking on the back panel of the smartphone. At the moment, Colombus is being tested on smartphones: Google Pixel 3 XL, Pixel 4 and Pixel 4 XL. Thanks to this function, you can now take a screenshot, go to the screen of recent applications, launch the camera, launch Google Assistant, mute calls, start or pause music, turn off the timer, turn off alarms and perform the “user selected action”. These commands will work using the accelerometer and gyroscopic sensors of the smartphone. In addition, Google took care of false clicks, improving the function. Gestures will not work when moments are uncomfortable for you, for example, with the camera turned on or the screen turned off. Google also took care of the power button, adding several new features to it. There was information that the company will finally add quick access to your wallet with a long press on the on and off button of the smartphone. But that's not all, in the new Android firmware code it was found that this menu will also get the ability to control gadgets for smart home. At the moment, the smart home management function is under development. There is no official release date for Android 11 yet, but presumably in September or November 2020, Pixel owners will be able to install updated firmware.
we recommend to see