Announcement of AR Minecraft Earth for Android and IOS platforms 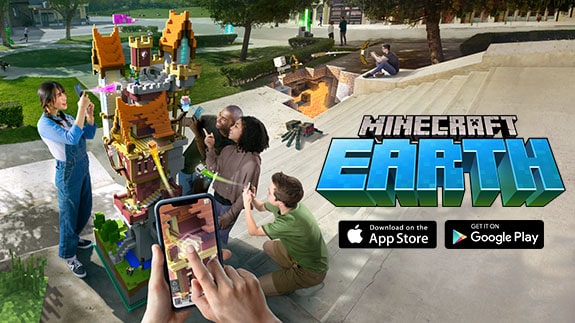 18-05-2019, 21:59
The Xbox team decides to go beyond what’s possible and to release something completely new for Minecraft fans, something that will open up wide opportunities. This was how Minecraft Earth was introduced with additional reality for Android and iOS platforms. Players will open the world of Minecraft in real time, where they will collect blocks, fight monsters and even interact with some worlds. The sidewalks will become diamond mines, and somewhere in the park there will be a square tree where skeletons are hidden. It will not be just a walk through the world of Minecraft, the player will have to gather resources and earn experience to move on. In addition, the developers promise to add new monsters that have not yet been in the universe of Minecraft. But that's not all, for the construction of buildings, other tests will require and very rare creatures. The new game AR Minecraft Earth embodies the latest technology Microsoft, binding Azure, as well as the advanced features of PlayFab. Closed beta testing will take place this summer. But on this news of Minecraft does not end, this year the legendary game celebrates its anniversary, she turned 10 years old. According to Microsoft, they managed to sell 176 million copies, which made the game best-selling, overtaking Tetris (170 million copies) and GTA 5 (110 million copies).
we recommend to see