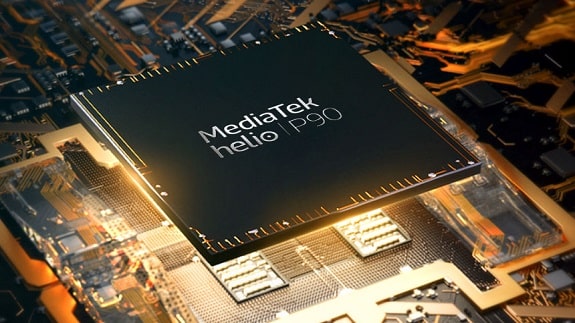 13-12-2018, 20:11
On December 13th, MediaTek announced its new chipset, which completely eclipsed previous models. Helio P90 is created for the middle segment of smartphones, but it boasts quite good performance. The new chipset is based on a 12-nm process and has the DynamlQ architecture. The chip consists of 8 cores: 2 Cortex-A75 cores with a frequency of 2.2 GHz, the remaining 6 - Cortex-A55 with a frequency of 2.0 GHz. High-performance core Cortex-A75 provides a huge increase in power compared with the Helio P70. The integrated video accelerator Power GM9446 is 50% faster than the Mali-G72 MP3 in Helio P60 and Helio P70. The processor supports screens with FullHD + resolution and a 21: 9 aspect ratio, UFS 2.1 flash memory, up to 8 GB of RAM, and also supports a 48 megapixel single camera and a bundle of two 24 megapixel and 16 megapixel sensors. Helio P90 is equipped with modules: Cat-12 (DL) / Cat-13 (UL) 4G LTE, Wi-Fi 802.11ac, Bluetooth 5.0 and updated CorePilot technology. In addition, the new processor also received artificial intelligence, for which the APU 2.0 engine is responsible with a frequency of 624 MHz, and redistributes tasks between the APU and the IPU technology AI Fusion. The developer claims that the Helio P90 chip is inferior to the Snapdragon 855 in AI, but it is superior to the Snapdragon 845. But smartphones based on the new processor should be expected in Q1 2019.
we recommend to see