Dead by Daylight - soon on Android and iOS platforms 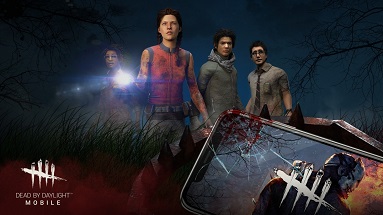 19-03-2020, 21:15
Behavior Interactive has announced the imminent release of the popular multiplayer horror game Dead by Daylight on the Android and iOS mobile platforms. Reportedly, the developers managed to fully port and leave the gameplay unchanged. Only controls will affect the changes, which will replace the usual keyboard and mouse with touch screens. Dead by Daylight on PC is a favorite among millions of users who love horror survival games. Players in a team of 3 or 4 people get to a certain location, where a maniac has already started hunting for them. Players need to hide and repair generators in order to safely escape. But only real brave souls manage to survive and escape in full force, and not cunning players will fall into the clutches of a maniac and finish the game on his hook. Dead by Daylight Mobile is scheduled for release on April 16, 2020, but the game is now available for registration to participate in the beta test. Everyone who takes part in testing will receive special rewards. The developers also emphasized that the more registered users, the more prizes you can get. Dead by Daylight Mobile will be a free multiplayer game, but for those who do not want to limit themselves or advance for too long, they can always use the privilege in the in-game store.
we recommend to see