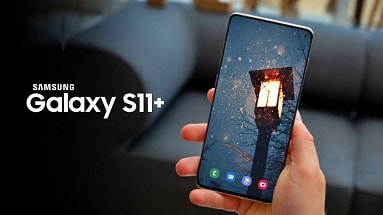 29-11-2019, 22:11
A few days ago, the first renderings of the future flagship Samsung Galaxy S11 appeared on the network, which quite surprised their fans with an unusual camera on the back cover. Externally, the future Galaxy S11 is not very different from the Galaxy S10, the same curved display with an aspect ratio of 20: 9, a hole in the screen under the front. The main difference remains a large rectangle for the camera on the back cover. This time, as reported in the leak, the manufacturer will surprise with photo capabilities and powerful stuffing. We were most interested in the Plus version of the future flagship, according to insiders, it will receive a 6.9-inch display with QHD + resolution and a refresh rate of 120 Hz. It is expected to have a Snapdragon 865 or Exynos 990 chip, depending on the country, 8 GB of RAM and a 4900 mAh battery. The main camera will receive a main sensor at 108 megapixels, an auxiliary sensor telephoto at 48 megapixels, a wide-angle sensor for 3D shooting and the 5th Bright Night Sensor, which will help improve the quality of photos and videos at night.

This information was found at the European Union Intellectual Property Office, where Samsung officially registered the Bright Night Sensor trademark. The presentation of the new Galaxy S11 line is expected on February 11, 2020, according to rumors, the price for it will be from $999.
we recommend to see