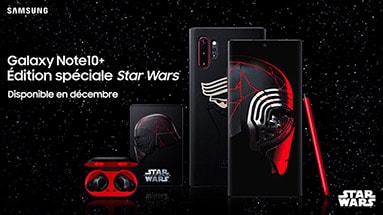 19-11-2019 22:33
Samsung has decided to please all fans of Star Wars and has released a limited Galaxy Note 10+ Star Wars Edition. The characteristics of this limited device are no different from the usual Galaxy Note 10+. All differences are in appearance and configuration. So, the novelty case is completely painted black, the Star Wars logo is located on the back cover, the camera outline is painted red, the stylus is also made in red, the power button and volume button are highlighted in the same color. 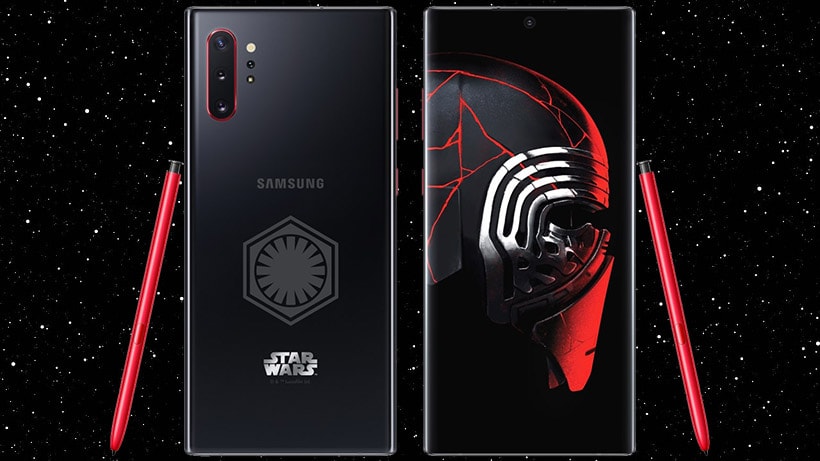 Complete with a smartphone also go: Galaxy Buds wireless headphones, made in the same style and themed case. The developers not only worked on the appearance, but also worked on the interface. Turn-on animations, wallpapers, icons, and even sounds are made entirely in this style. Galaxy Note 10+ Star Wars Edition will be sold on December 13 in the United States and will be released in a limited quantity and priced at $ 1300. A little later, the smartphone will appear in Norway, Denmark, Finland, Germany, Great Britain, France, Australia, Hong Kong, Russia, Sweden, Turkey, Korea and the UAE
share your opinion