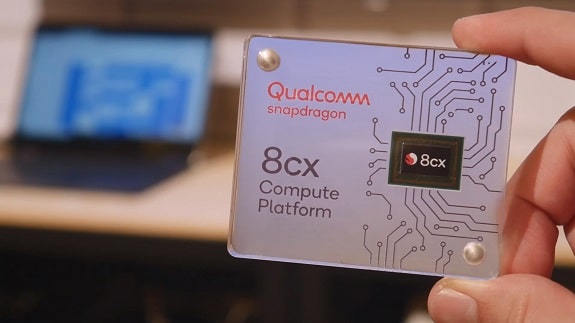 7-12-2018, 21:49
At the end of the third day of the summit, Qualcomm struck everyone with its creation, it became a powerful processor, made on the 7-nm process and it is designed for personal computers. This processor became Snapdragon 8cx, which is not inferior to anyone in performance, ability to work with high graphics, autonomy and it works with the system control of Windows 10. 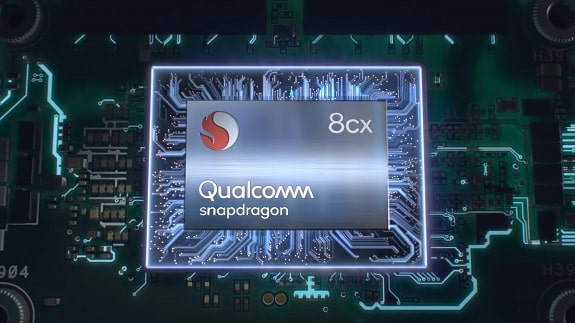 Snapdragon 8cx is equipped with an Adreno 680 graphics processor, which is 2 times more powerful than previous versions. Because of this, the opportunity to connect two external monitors with a resolution of 4K. The accompanying processor Hesagon 650 will cope with more difficult tasks, the novelty has 8 Kryo 495 cores, 10 MB cache of the third generation. Qualcomm also compared the new processor and 15-wadded chips, the new platform proved to be more efficient and due to its small size does not require active cooling. Snapdragon 8cx supports up to 16 GB of LPDDR4x RAM and SSM NVMe, works with USB 3.1, which provides data transfer up to 10 Gb / s, and also has fast charging Qualcomm Quick Charge 4+. In addition, the processor has support for voice assistants, such as: Amazon Alexa and Microsoft Cortana. What about applications, developers are actively engaged in optimizing the most demanding software among users. At the moment, Qualcomm has collected enough interested companies, there are also those that have already begun to test the prototype. It remains only to wait for the first production PCs on the new platform as early as 2019.
we recommend to see