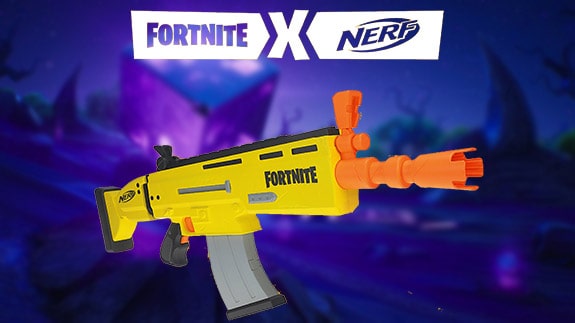 28-10-2018 18:17
The company Nerf together with Epic Games intend to release a number of game guns from the multiplayer game Fortnite. The first weapon to be released will be the AR-L Blaster. The developers took care of the security and equipped the blaster with soft darts so that they would not get serious injuries during the games. The AR-L Blaster is battery powered, has a replaceable holder for 10 darts, imitation of the lifting sighting mechanism and recoil, due to the use of a huge flywheel. Range and rate of fire - the minimum, but what did you want from a toy? The weapon will be released in June 2019, and it will cost $ 50, accessories will have to be bought separately. Now the market is full of analogues, but nothing replaces the original replica, so this is still waiting.