Blackview A30 - a budget analog of the famous IPhone X 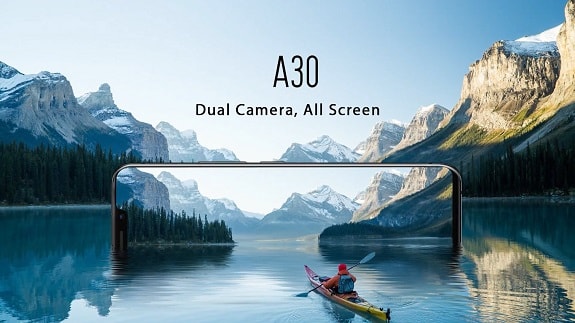 26-07-2018, 22:33
The modern smartphone market is teeming with new products from different manufacturers, and to attract the attention of the user they are laid out to the fullest. But it's especially difficult for small Chinese companies to get through, some just borrow ideas from other companies and create exact copies of their competitors. On this principle went and the company Blakview and released a smartphone A30, which repeats the design of the IPhone X and costs only $ 70. Blackview A30 has the same bang at the top of the screen and repeats the same design, but it looks very rough: the thick frames on the sides, bangs and chin are not miniature at all. The smartphone falls behind and on the general characteristics. Onboard the smartphone processor MT6580 4 core, RAM 2 GB and ROM 16 GB, front camera at 5 megapixel, there is a dual rear camera of 8 megapixels. The screen is 5.5 inches with a 19: 9 aspect ratio, a 2500 mAh battery, and the Face Unlock function to complete the OS 8.1 Oreo. But the company is confident that for its money this smartphone is the best on the market.
we recommend to see