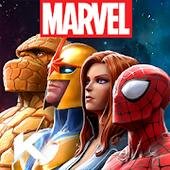 4.9
Total votes:829
Download
New version release notificationsAfter updating the application, you will receive notifications by mail
Subscribe to updates
Total Subscribers: 152
MARVEL: Contest of Champions MOD God' mode - Start creating your story of saving humanity by playing for Marvel characters such as Iron Man, Captain America, Dedtpool, Spiderman and many other heroes, collect your super team against the fight against super-villains. You were called by the Collector for the greatest battle, become the strongest super hero, pass the history of a large-scale cosmic conflict, in the course and interesting missions where you will fight with the strongest enemies like Kang, Toonos, prevent the destruction of the world of Marvel. Create the strongest alliance, improve your heroes, pump skills and use immediately on several branches of skill.