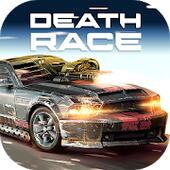 4.9
Total votes:1602
Download
New version release notificationsAfter updating the application, you will receive notifications by mail
Subscribe to updates
Total Subscribers: 28
Death Race: Shooting Cars MOD money - The game was created based on one movie, "The Death Race." Your task in the game, not only to overtake opponents, but also to reach the finish line alive. Choose the fastest and slickest car, equip it with the best armor and the deadliest weapon, destroy your rivals without giving them a chance to win.